Pathways to deep decarbonization of the passenger transport sector in Mexico

Current and historical patterns of uncontrolled urbanization and poor public transportation strongly encourage the use of private vehicles with an ever-lower occupancy rate in increasingly congested roads. The increasing surface of cities effectively expands the distances commuters need to travel everyday. The resulting rise in gasoline consumption has exceeded domestic refining capacity and imports account for half of total supply. The transport sector is the single largest source of GHG emissions in Mexico with a fourth of the total. Two scenarios are presented, both leading to a 50% reduction in annual CO2 emissions of the passenger transport sector by 2050 (50 MtCO2) compared to the level in 2010.
Jordi Tovilla (Tempus Analitica) Daniel Buira (Tempus Analitica)
2017

Greater granularity allows spatial and motivation-based disaggregation of travel to explore economic, social and behavioral dimensions. In the Mexican case, two distinct types of human settlements are characterized: the five largest cities with over two million people (Metropolitan), and medium and small cities containing the rest of the population and expected to absorb the largest share of future population growth (Non-Metropolitan). This allows for an analysis on two fronts:

The present analysis takes account of previous work1 which explored transport dynamics according to the projected growth of cities and which refined vehicle fleet size estimates.

A further level of granularity is added by distinguishing between travel demand due to Non-Constrained activities as opposed to Constrained travel. The former relates to occasional activities that might imply longer distances per trip, typically holidays, weekend recreation or family visits. In the category Constrained, we include all travel demand related to daily activities such as going to a job, a school, or a supermarket.

The analysis contained herein presents an initial exploration of the solution space. As such, it does not present “best” or “recommended” trajectories of change, but potential trajectories established on simple assumptions (which are subject to review and refinement) with the intention to enable the discussion of what might be required to deeply decarbonize passenger transportation in Mexico by mid-century. The Deep Decarbonization work of 20152 is used as the framework within which the overall Mexico target sectorial breakdown is determined, as well as the macroeconomic and social development assumptions driving future activity and emissions.

Passenger transport in Mexico and scenarios

Current and historical patterns of uncontrolled urbanization and poor public transportation strongly encourage the use of private vehicles with an ever-lower occupancy rate in increasingly congested roads. The increasing surface of cities effectively expands the distances commuters need to travel everyday. The resulting rise in gasoline consumption has exceeded domestic refining capacity and imports account for half of total supply. The transport sector is the single largest source of GHG emissions in Mexico with a fourth of the total.3

Two scenarios are presented, both leading to a 50% reduction in annual CO2 emissions of the passenger transport sector by 2050 (50 MtCO2) compared to the level in 2010.

The Demand Scenario is the one in which the broadest range of levers is acted upon. Here a 10% reduction in constrained mobility by 2050 is projected as the result of a better urban design, a more dynamic and developed society, and of the partial adoption of home-based activities (working and shopping).

In highly urbanized areas commuters shift from cars to a multimodal system integrating metro lines, lightweight and suburban trains, and buses. From these, 40% are electric and 20% operate under high-occupancy BRT schemes. In smaller cities areas, the presently short distances travelled daily could triple by 2050, so car use increase is partially restrained by the development of an intermodal network of buses and trains.

For non-constrained trips car and bus use is kept at today’s levels and intercity trains satisfy the emerging demand. Domestic air travel is also partially substituted by train, particularly over medium distances (500-800 km). Metropolitan areas are connected through high-speed trains.

The Demand Scenario results in 17% lower overall energy consumption for passenger transportation in 2050 compared to 2010, and energy carriers satisfy more than double today’s transport demand with nearly half the carbon footprint. The annual demand for fossil fuels is halved over that period virtually eliminating the need for imports.

The Technological Scenario explores what would be needed to reach the same end-year emissions as in the Demand Scenario, assuming no demand reduction from changes in urban organization or the behavior of commuters.

In this scenario a more marked modal shift is required to reduce car use and meet the emissions target. The total demand for train travel is 21% higher than in the first scenario, and an additional 10% of the bus fleet is electric.

Energy consumption in this scenario is 3.9% higher than in the Demand one. The average person would travel longer distances, bringing up average mobility costs by 1.5% and metropolitan daily time required for travel increases by 10% in comparison to the Demand Scenario.

The levers modeled in this study represent important changes unlikely to occur under an incremental extension of existing policy packages and frameworks, but rather require an in-depth re-visiting of the relevant policy space.

Structural change will be essential. Efficient achievement of such change will necessitate decisive early action to shift trends and commence decades-long changes in investment and behavior patterns. In practical terms, radical shifts in urban, fuel, energy, and transport programs must commence pre-2020. Delay until 2030 would imply far steeper gradients than those presented here, bringing into question the credibility of such a change program. This has implications for the formulation of the Long Term strategies of Article 4.19 of the Paris Agreement, and indeed for the NDC update process, both of which would be strengthened by presenting Passenger Transportation actions in frameworks similar or translatable to those utilized in this study.

Development of low-income sectors of the population should entail an increased access to mobility services at affordable prices, while avoiding inefficient past patterns. Closing the income gap would increase people’s ability to adapt to new low-carbon urban paradigms.

Mobility can be more efficient if the design of cities helps reduce the distances travelled every day. High-density, mixed land use neighborhoods designed for non-motorized travel provide good conditions for the development of mass transport systems, reducing the amount of energy and cost required to transport each person. Unless the daily use of cars is limited, other decarbonization measures, such as electrification or the increase in vehicle mileage, will do little to reduce CO2 emissions and energy expenditure.

The transformations implied are of very large scale and will require inter-sectorial and inter-level coordination between government branches. Early inclusion of the academia and the private sector in planning and execution is essential to draw upon their economic and technical resources.

Significant further research is still needed to improve data quality, forecasts, and assumptions, to strengthen and refine the conceptual framework, and to extend the scenario analysis and the granularity and causality of levers, so specific policies can be derived from them. 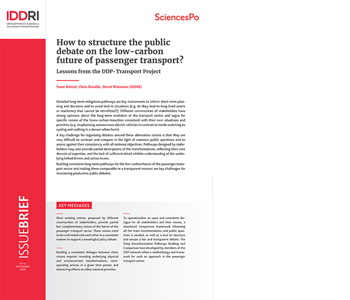 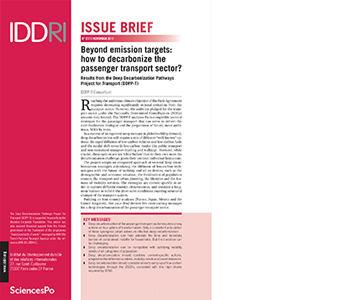 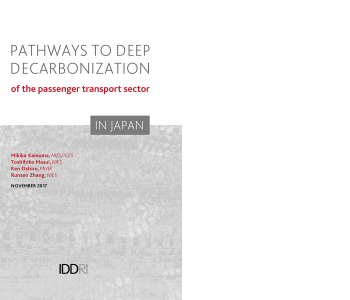 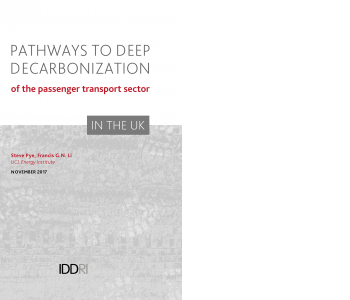 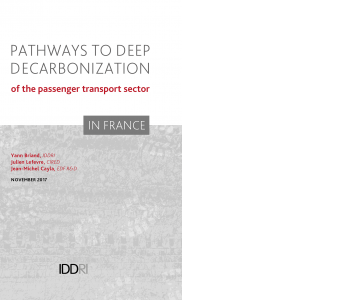 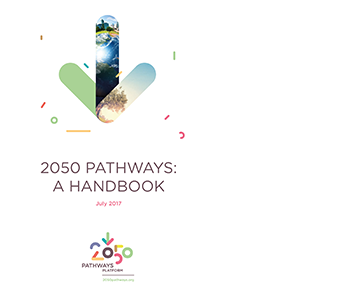 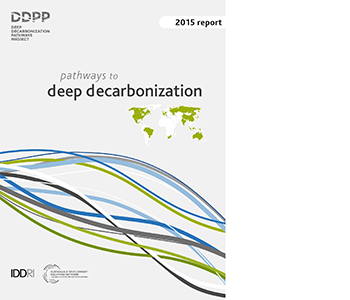